Just last week, on March 29th, a three-judge panel for the Ninth Circuit Court of Appeals held a special setting at the University of Idaho College of Law. Judges Richard Tallman, N. Randy Smith, and Morgan Christen considered the case of Michael Assenberg v. Whitman County (Case No. 15-35757). Assenberg was appealing the district court’s summary judgment in an action against Whitman County, the Sheriff’s Office, Sheriff Brett Myers, and the Quad Cities Drug Task Force. Assenberg alleged that the search of his Colfax home for marijuana and his subsequent arrest violated his rights under the Fourth Amendment of the U.S. Constitution.

In 2011, law enforcement conducted a raid on his home, where Assenberg was running a medical marijuana dispensary. According to Assenberg, the raid came about after a confidential informant posing as a medical marijuana patient visited his dispensary. The Whitman County sheriff and Quad Cities Task Force seized approximately one hundred marijuana plants and Assenberg was charged with four felonies. However, the charges were later dropped in Whitman County Superior Court after it became clear the marijuana was stored incorrectly by the county.

Assenberg was a medical marijuana patient himself and required the medicine to treat his persistent, debilitating pain which he had suffered since a 1985 incident where he broke nine bones in his spine from a fall from a bridge. While he was in Whitman County jail he was denied access to medical marijuana and suffered a seizure where he injured his head. Assenberg filed a civil lawsuit alleging violations of his constitutional rights, including of his Fourth Amendment right to be free of unreasonable searches and seizures, and Eighth Amendment right against cruel and unusual punishment.

Assenberg appeals from an adverse ruling dating back to September 2015. He has been waiting a long time to have his case heard by the Court of Appeals and finally had his chance to make oral arguments last Thursday. The video can be found here.

At the conclusion of the oral arguments, the Ninth Circuit took the matter under submission. It should issue an opinion within the next thirty to sixty days. In the meantime, Assenberg can only wait and hope to finally receive justice. Stay tuned. 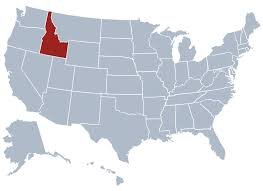